Harrison stood at the foot of the hospital bed and watched the healing process. RACHEL as magic. The skin of the young man was growing slowly but visibly over his raw, charred flesh and the bits that had healed were a strange glowing pink. His eye sockets were empty black holes, an unnecessary cruelty from the blast in the Coalition bar.

The bed was one of six that stood along the walls of an enormous white room. It was clean and smelled of nothing. The silence of the infirmary had always unnerved him. At fifty-nine years of age, Harrison was old enough to remember the beeps, screams and chaos of the hospitals before RACHEL. He could remember the rush of nurses, medical orderlies and doctors, the tangy smell of blood, and the machines. He could remember the death of his parents during the war of 2018, ripped open, bleeding and plugged into machines. There was none of that mayhem here. Just slow, methodical intravenous drip of RACHEL.

He’d been called in directly after the blast the bar. Twenty-seven high-level Influencer Beamter had been killed, and only six had survived the explosion. Michael, the young man in the bed in front of him, had been deemed particularly important: twenty-three years of age and a Level 7 Influence Beamter, a high potential and obviously going places. Even though Harrison was considered to be the best at was it was he did, it had still taken him almost double the time to reach Level 7. Michael, it would seem, was special.

Harrison called up the memories of the moments surrounding the blast, tapping into the retina data of every single person located in or around the Coalition bar. Scrolling backwards and forwards through the timeline of personal visual perspectives was now a standard practice in his line of work. Fluid Retina Investigation. He’d invented it as a process.

Skipping from one person’s retinal memory to another had proven time and time again the most efficient way a reconstructing the events of a disobedience crime scene. His father had been in a similar line of work before the war, and Harrison often remembered the stories of evidence gathering, forensic science, DNA swabs and crime scene photography. The quaintly old fashioned practice of interviewing and interrogating people. There was no need for that now, of course, not now that everyone was connected to RACHEL.

The latent memories of the Coalition bar guests and staff scrolled backwards and forwards across his own retinas, and he smoothly shifted from one perspective to another, forming a complex, ghost-like web of movement, action and time. He’d found nothing. He’d tried widening the search and using the sight of people situated around the bar. Nothing.

Scroll back and scroll forward to the blast.

The recorded moment of death: the sight of a personal ending. The trick to finding the cause or the culprit was to uncover their own retina memory: seeing their hands commit the crime and tracing their steps before and after. All Harrison needed to do once the retina memory of the criminal was pinpointed, was to fast forward through all of their retina data and locate them.

But he couldn’t find anything.

The only people capable of such a thing were the Unrequited, and they were all on The Island.

And that was why he was here, standing at the foot of Michael’s infirmary bed, watching his skin grow and gazing into the empty, death-like sockets where his eyes had once been. Harrison had been able to tap into, and build a Fluid Retinal Investigation from everyone’s retina sets. Everyone’s, except for Michael’s. 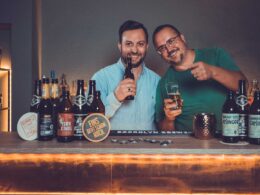 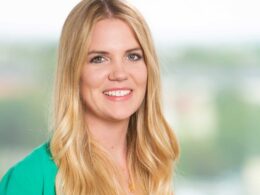 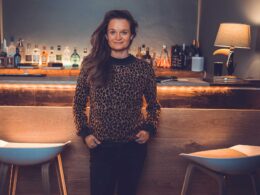 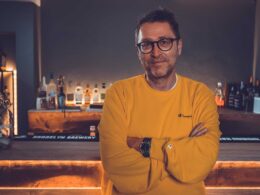