The bar was situated directly across the road from where Michael had spent his day pushing his brand. Clean, white and spacious, the high ceiling gave a beautiful echo to the low murmuring of the other guests. The main bar was on the second floor. It was five hundred square meters and overlooked the Our All Father’s Platz, a beautiful green space in the heart of Frankfurt, full of large red and white roses and English Oak. A sweet smelling place. It had once been an old Opera house. It was now this bar. The garden and the bar were reserved for Level 6 or higher Beamten. A large portrait of Our All Father hung on the main wall. Watching.

They had called the bar ‘Coalition’, and it had been the first of its kind: the first in a long range of Coalition owned franchises, brands, products and services. It had served as a prototype for many bars like it: high ceilinged spaces, white walls, high-level chatter, and huge windows letting in the sunlight from another Coalition day. A Coalition Bar in every mega-city.

Michael sipped on his Gin and gazed out at the city of his birth. His Frankfurt. He’d done well here. Twenty-three years old and already a Level 7 Beamter. He’d just been good at it, a natural and everybody had said so.

At sixteen, Michael stood in line with all the other boys from his school to take part in his Passing. He would never forget the excitement he had felt: the joy of finally passing from a non-network existence and into the world of RACHEL and the Coalition. One by one the boys would walk to the table and under the supervision of the Coalition teachers take the three pills that would change their lives for ever. Somewhere, the boys had known, the girls would be queuing and Passing too. Finally, Michael too had reached the Passing table, and the Headmaster then spoke the words that would lead to the other side and change his life for ever.

Our All Father
We ask you to guide Michael’s Influence.
We offer his brand to you.
May he leverage his reach unto you in the hope that it is worthy.
May he give his mind and body to our beloved RACHEL.
May he love brands, or be removed trying.
May his benchmark be strong.
Shopping is freedom.
Danke.

A quick nod from the Headmaster and Michael popped the Brandsulin, Flucermol and RACHEL pills into his mouth. He then walked to his designated Passing Area where they would wait for the effects to kick in and complete their Passing from insignificance and into the Coalition Network.

He had felt the effects of Bransulin almost immediately. His consciousness flooded by a stream of ideas, messages, songs and blip clips for a whole range of things that he suddenly needed. He found that he could hold, process and sort through hundreds of these tiny brand messages simultaneously and soon his network was engulfed by high-level Influence Beamters, all looking to sell their brand. This was the Incoming. Then The Flucermol kicked in: Michael threw his head back, gasping for air, his whole being realising that this was what he had always meant to do, his birthright. He was outgoing now. Projecting his brand, selling his wares, a bright, new glowing light within the Coalition network that was telling an exquisite and irresistible story.

And then she came. RACHEL. Her voice was soft and gentle. She had welcomed him into the network. A shining star, she had called him. Men, Level 5 Beamter, had collected him, taken him directly from the Passing Area and taken him to the Priority Building. The journey had only taken twenty-three minutes but his he had already reached a Level 2 Beamter Benchmark by the time he had arrived.

He had been, or so they kept telling him, even now, born for the network. Born to brand.

Looking around the bar, it struck him again how much younger he was than his peers. He could sense their version of RACHEL communicating with his, comparing Influence Benchmarks and Personal Brand Performance. Every so often one would glance at him with a look of shock, surprise horror, or hate. The thing was, he could never really stop: he was always working, branding, doing – shopping had set him free. He was headed for the 44th floor of the coalition tower. Everybody could sense it. He would consume everything.

A sip of Gin. The network rushed to shop for Gin.

A blink and a glance at RACHEL’s timepiece slightly to the left of his mind’s eye. In ten minutes he would need to be at his Hot House for the evening. RACHEL had informed him that he’d been Selected for the evening and he briefly wondered who she would be this time. She would know of him, that would be certain.

A sip of Gin. The network rushed to shop for Gin. Gin is sold out.

He sensed the flash before the blast hit him: a ball of white light, heat and shattered glass pushing him up from his chair, across the room and smashing him into the huge portrait of Our All Father. The flames scorching the white walls of the Original Coalition. A forbidden colour. RACHEL was shutting down non-vital systems while he was still in mid-air, speaking calmly to him, telling him that he would survive and that the network had already identified and removed the terrorists.

His Coalition shirt and trousers were torn and tattered. And sold out.

No one was removing him today. 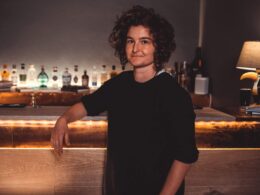 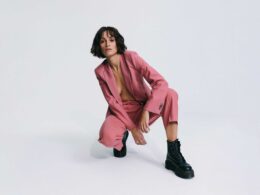 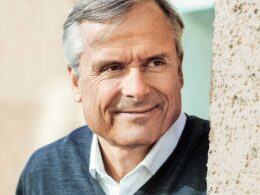 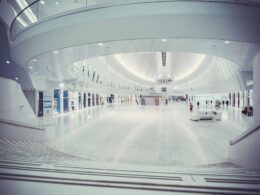 Harrison 26.05.2059. Harrison stood at the foot of the hospital bed and watched the healing process. RACHEL as…
byMarcus John Henry Brown