No influence, no brand, no future.

Sarah was sitting comfortably in the centre of the living room. Her hands placed palms down upon the smooth surface of the clean white table. Her back, rigid and straight: extended as if an invisible force was attempting to pull her off of her chair and suck her into the ceiling. Her eyes closed. Her breathing relaxed. Her pulse steady, at fifty-eight beats per minute. She was enjoying the brief moment of quiet in her head before the daily dose of RACHEL would hit her nervous system and pull her back into the the noise of the network.

Sarah could sense the walls stirring, feel the near impenetrable hum as they started their optical scan of what had been her Hot Home for the previous evening. She would leave it soon. She would close the door and never return. Nobody ever saw the same Hot Home twice. It would be someone else’s Hot Home by 20:00 hrs.

Her daily dosage of RACHEL, Brandsulin and Flucermol had been taken directly after waking. As prescribed. As required. She had washed down the three pills with the compulsory Coalition breakfast of a green smoothie, three eggs scrambled and fifty grammes of red kidney beans. She had showered, the cold water burning skin, killing the fat cells and making her feel alive. She had shaved her head. She had collected her shirt, trousers, socks, underpants and shoes and carefully placed them in the container marked “Retoure”, and now she was sitting naked waiting for RACHEL to welcome the day with personal brand interrogation.

Sarah, not typically a confident person, dreaded interrogating herself. She would typically require significant support from RACHEL to get herself through the early morning sessions. Her brand was one of the weakest in the unit, and although her body reacted over-benchmark to Brandsulin, Flucermol had practically no effect on her influence at all. No influence meant no brand, and no brand meant poorer quality Hot Homes, fewer slots on the Rationsliste and a life floundering in the lower segments of a level 2 Beamter. Maybe she was Flucermol-Intolerant?

Every day she would travel to her designated shopping unit, take her seat next to four hundred and twenty other borderline level 2 Beamter and spend eight solid, soul destroying hours engaging with her chosen demographics and their friends on the Coalition network. Eight plugged in hours, and millions of brand messages being sent and received simultaneously, a stream of products to shop for but that no would ever own and endless recommendations for clothes, antique hardware and furniture that no one would ever be allowed to keep. Shopping is freedom; ownership is a sin. There was no escape. She wished she was better at it. RACHEL kept telling her that she had potential but even she couldn’t hide the fact that Sarah was slowly but surely running out of time. She couldn’t remember the last time she’d had warm water to shower with, and her Hot Homes were allocated further and further away from her shopping unit. She had only just managed to get in doors last night with only seconds to spare before the curfew. Doors were refusing to open for her, and she no longer had enough influence for private Autoteslas. Forced to travel on foot! Non-essential Algorithms were getting shirty with her. The ultimate disgrace.

Her weakness was her content. It lacked in-your-faceness, and she knew it.

Her pulse had changed, it was becoming slower. Her breathing shorter and sharper. Where was RACHEL? She tried to open her eyes but couldn’t. She tried to connect with RACHEL but couldn’t. She tried to access an emergency protocol, access repeatedly denied. She couldn’t move her body, arms and legs frozen, with her hands glued to the table and she could feel her everything being sucked up into a dark space in her head. What had it been? The smoothie, the eggs, the beans or the pills, she wondered. She’d always wondered what removal would feel like. She had imagined more blood. She had hoped for violence: something physical.

There wasn’t much left of her now. Just a little black spot in the middle of what was left in her consciousness. She’d hoped to have heard RACHEL’s voice though, a final goodbye maybe?

Sarah’s last thought was of the Beamter watching the scene from somewhere behind the walls. A man, perhaps. His finger hovering over a button marked removal.

At her final moment, he would press it. 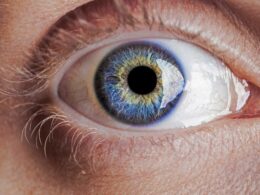 Welcome To The Sensorium. 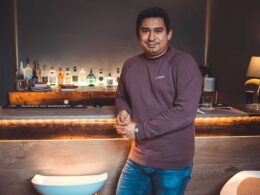 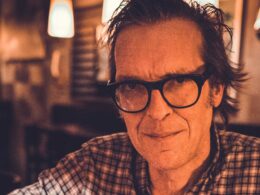 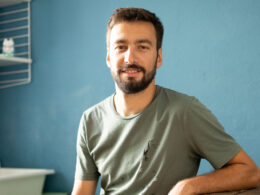