All her adult life Sarah had wondered what happened to people after they were removed. There wasn’t, as far as she had known, a particular word for it. There had been times, late in the evening, when the effects of her daily dose of RACHEL had been wearing off, that she had pondered the meaning of her existence and post life being. Was there nothing? More? Anything?

After twenty-three unremarkable and thoroughly disappointing years, she had finally been removed. She recalled the feeling of removal briefly; the slowing of the senses, the drifting away from the network and into a calm state of removal-panic. She remembered the realisation that her life, her a low-level Branding Beamter-Dasein was about to end. She’d been a poor performer with a terrible benchmark. So this was it: the end.

Her brain was a screaming, fiery wreck: memories, thoughts and accusations burning their way from the back of her skull to the back of her eyes. Her body lay motionless on the top of what appeared to be on an old wooden table. To have watched her a passerby might have thought her to be a wax model from an Our All Father museum that had toppled to the floor: quiet, fragile and still but underneath her skin raged a bloody battle that threatened to explode veins, muscles and cells. In her mind, she was a whirl of angry motion.

At her feet, sitting on a carved wooden pedestal and hanging on the wall was an old, dusty plaster cast of a priest looking shyly away from her. He appeared to be embarrassed by her performance. She was hungry. He was disappointed.

She managed to turn her head. She was in a large room with a low ceiling. The walls had been a smooth white plaster but had crumbled away decades ago. Wooden tables and chair were stacked up upon each other: a mess of right angles. Old tankards hung behind what had once been a jolly bar. Small yellow birds flew from tankard to tankard. They chirped quite happily.

She turned her head back to the plaster priest mounted on the wall.

“That is St. Maximilian”.

The voice had been close to her head, behind her and slightly to the left. It had been a man’s voice: frail and gentle; she had never heard anything quite like it before. There was a dialect that she couldn’t quite pinpoint. A rare one.

“He was quite an impressive man, was our St. Maximillian. But we’ll talk more about him later, when you’re feeling better, perhaps. How are you feeling? Are you able to speak?”

She wasn’t. Her muscles felt like frozen iron, the weight of the world sat firmly on her chest, her tongue glued with a honey-like mess to the roof of her mouth. St. Maximilian continued to look away from Sarah coyly. She could do no more than to shake her head.

She could hear the rustle of clothes, the crack of a knee joint and the scrapping of a wooden chair across a wooden floor. A plume of dust caught the light coming through the papered windows: they pasted over with something that looked like newspapers from yesteryear. She’d seen newspapers in the museum. She turned her head once more.

Sitting beside her was the oldest man she had ever seen: so old in fact she couldn’t even begin to put a number to his years. He was dangerously thin and wearing a type of hooded woollen pullover. It was dark blue, old and had the word ATARI printed on it. He was wearing sandals, and two pieces of glass that were connected by a wire frame sat on the bridge of his nose.

“Seventy-six, Sarah. I’m Seventy-six years old. Seventy-seven next month! I know! Old as the hills, as they say back home in North Carolina.”

She heard the word ‘impossible’ forming in her mind and slowly making its way to the sides of her cheeks but her facial muscles weren’t having it, and she managed merely a grunt.

“I know, I know. We have so much to discuss. You’re probably wondering if you’re dead or removed, or whatever it is you Colation people call it now. We used to call it ‘the afterlife’ back in my day, that or just plain dead.

We’ll you’re obviously not. St. Maximilian has seen to that. Annoying that he never manages to look at you though, isn’t it?

Now then. Can you still hear her, your RACHEL?”.

She couldn’t. How long had she been without her dose? Days, weeks, months? Just thinking about RACHEL caused real physical pain: stomach cramps, nausea, eyes that felt like they would pop out of her skull and a skull that felt as if it were being crushed. She tried to focus her mind on the thinking: she tried to connect, but there was nothing there.

“You’ve been out for nearly two days. You’re coming down, Sarah. You’re experiencing network cold turkey, and I’m afraid you’ve got another couple days left to go. It takes a good while to get her out of your system. She’s a stubborn one is our RACHEL, but soon we’ll have you all cleaned up and ready to go. Free of the network, the Coalition, the branding, the shopping, the influencing, Brandsulin and Flucermol. The network will be out of your system soon. You’ve not been in the Matrix; you’re simply an addict, Sarah.”

She had been robbed of proper a removal, robbed of RACHEL, stolen from the network. She could feel the pain of sorrow. She was mourning for herself and the voice that had guided her since her Passing and her sixteenth birthday. Sometimes cruel, sometimes kind, mostly ambivalent but always there: RACHEL.

Through the pain, the anger and the confusion, Sarah wondered what the Matrix was.

The old man stood up slowly, took a soft cloth out of the front pocket of the pullover and wiped Sarah’s watering eyes. He stroked her hair to calm her, and she realised that she had never been touched before.

“Freedom will set you free, Sarah, not shopping. Welcome to the Militia Immaculata.
You can call me Edward.” 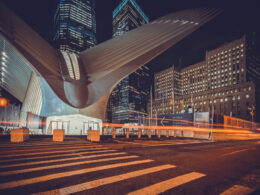 Michael 23.05.2059. The bar was situated directly across the road from where Michael had spent his day pushing…
byMarcus John Henry Brown 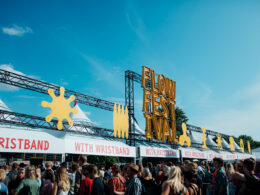 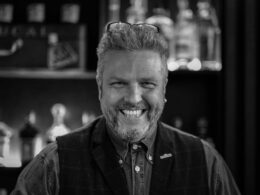 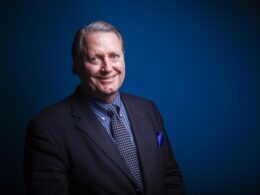